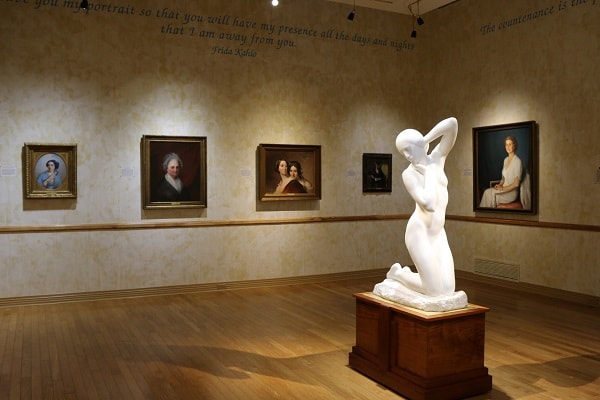 The Norton’s permanent collection is quite extensive, including the works of over 100 artists ... from Renaissance Old Masters, to modernist iconoclasts and contemporary neo-realists. In addition, our museum possesses hundreds of sculptures ranging from miniatures and maquettes to life-size pieces in media including bronze, silver, marble, and wood. When the building for the R.W. Norton Art Gallery was originally planned, it was determined to use a contemporary design that would be light, open, and possess the potential for expansion. The resulting museum opened to the public in 1966 and presently contains twenty four exhibition rooms. The long-range plans of the founders were realized when an expanding collection made necessary the addition of a south wing which opened in 1990 and a north wing, which opened in 2003. Visitors with physical disabilities find easy entrance to the building as there are no steps from the curb to the front entrance and no stairways inside the Norton on the main museum level. Wheelchairs are available for loan at no charge to visitors for use indoors.